Canadian born in a family of performing musicians, some of Austin’s earliest memories contain acoustic and electric guitars, including his father’s 1963 Custom Color Black Fender Jaguar with matching headstock that is still in the family. Following in his parent’s footsteps, he took up guitar playing at the age of 10 and soon found himself tinkering on it to improve playability and tone. Throughout his teens, Austin developed his building and repair skills and became the local go-to repair tech for many of the bands passing through.

After graduating high school in Saskatoon – Austin saved up and enrolled himself at the Guitar Craft Academy in Hollywood to further his skills and passion for guitar building. Recognizing his talents, immediately after completing the course the school offered him a position as one of their teachers. During these 5 years of teaching guitar building, he met Ron Thorn during an inlay seminar, and shortly after was offered a position at Thorn Guitars. For 11 years Austin crafted boutique electric guitars under the Thorn brand. From raw lumber selection, millwork, CNC operation, fretwork, final assembly – Austin did it all and once again is working shoulder to shoulder with his old friend, now crafting Fender’s finest.

When Austin is not building guitars, he enjoys spending his time with his girlfriend playing music and going camping whenever and wherever he can. 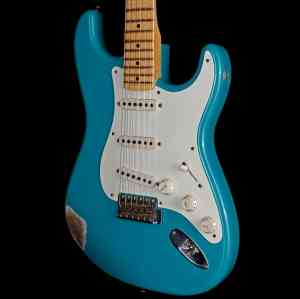 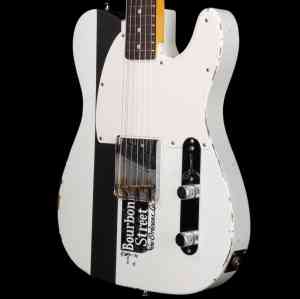 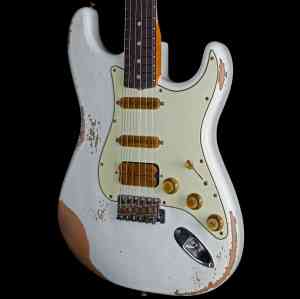 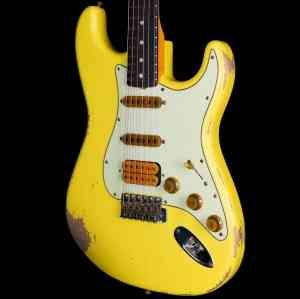 Fender Custom Shop Alley Cat Stratocaster 2.0 Heavy Relic HSS Rosewood Board Vintage Trem Graffiti Yellow
Get this item for as low as $643.42 / month
based on a purchase price of $7320 at 10% APR for 12 months.
How Financing Works